Saga Goryu has a tradition dating back to more than 1,200 years, starting the foundation of Daikaku-ji Temple in Kyoto by Emperor Saga in the 9th century (the Japanese Heian period). The School’s headquarter is still at Daikaku-ji Temple. 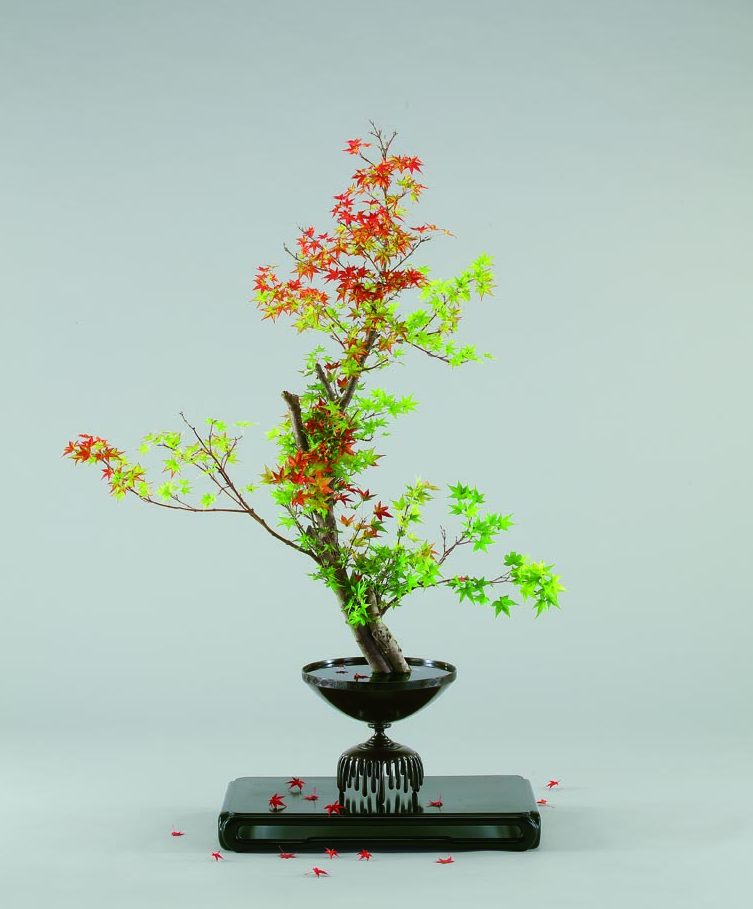 The aim at Saga Goryu is to be traditional but vital, and to introduce visual and spiritual pleasure into daily life. To do this, the School not only promotes the skills and techniques of floral decoration, but also through its teaching attempts to enhance people’s ability to recognize the delicate and sophisticated beauty of flowers — to appreciate their artistic value with a new and refined sense.
According to Saga Goryu, ikebana is more than a mere classical art to be appreciated by an exclusive group of specialists. Despite the ancient origin of ikebana, this art is still relevant in today’s society. 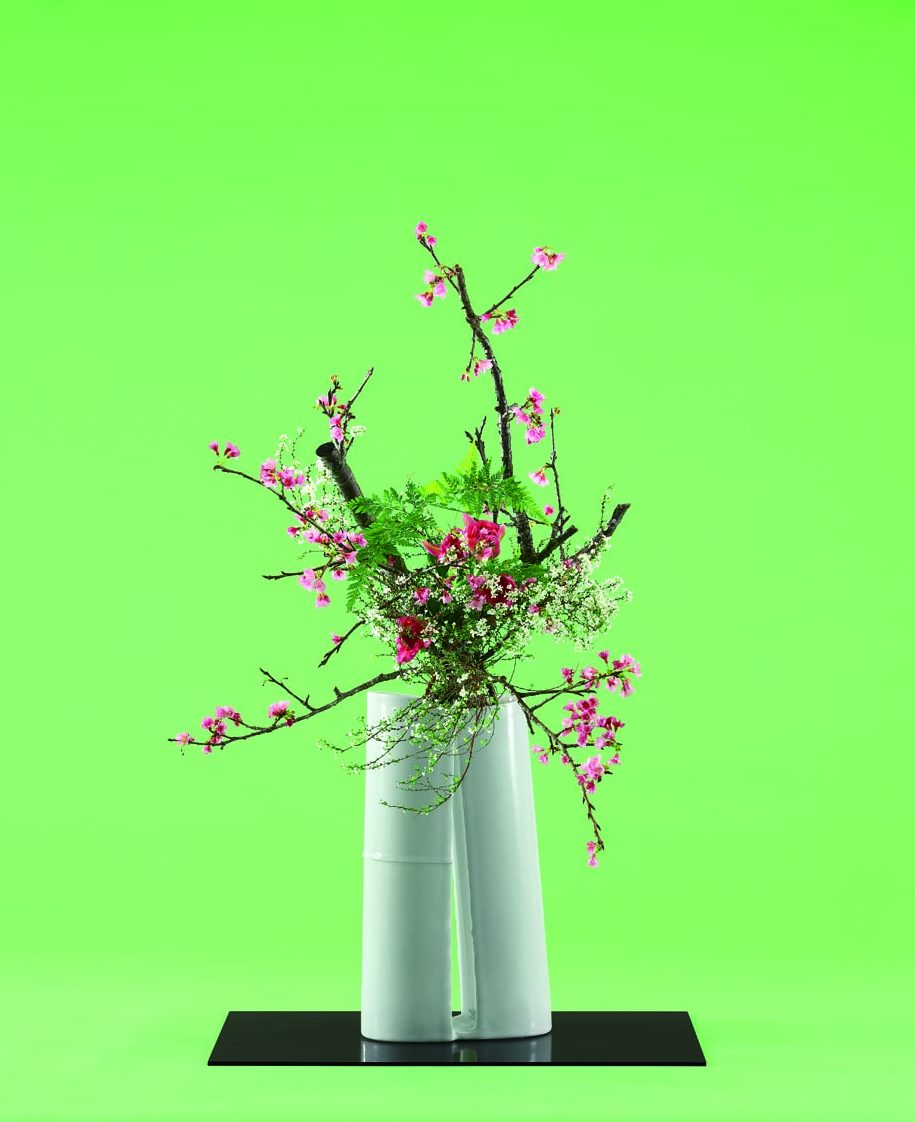 In Saga Goryu ikebana, before arranging flowers, the arrangers calms him/herself by reciting a Buddhist sutra, Hannya Shingyoh. The School’s motto in practicing ikebana is “to unite flowers and religion”.
The School practices a ceremony of floral tribute to Buddha, studies truth, goodness, and beauty through ikebana.
Saga Goryu has more than 100 branches in Japan, and also has branches in many other countries, including Central and South America e.g. Brazil as well as the U.S.A., Canada, France, West Germany, and Taiwan. 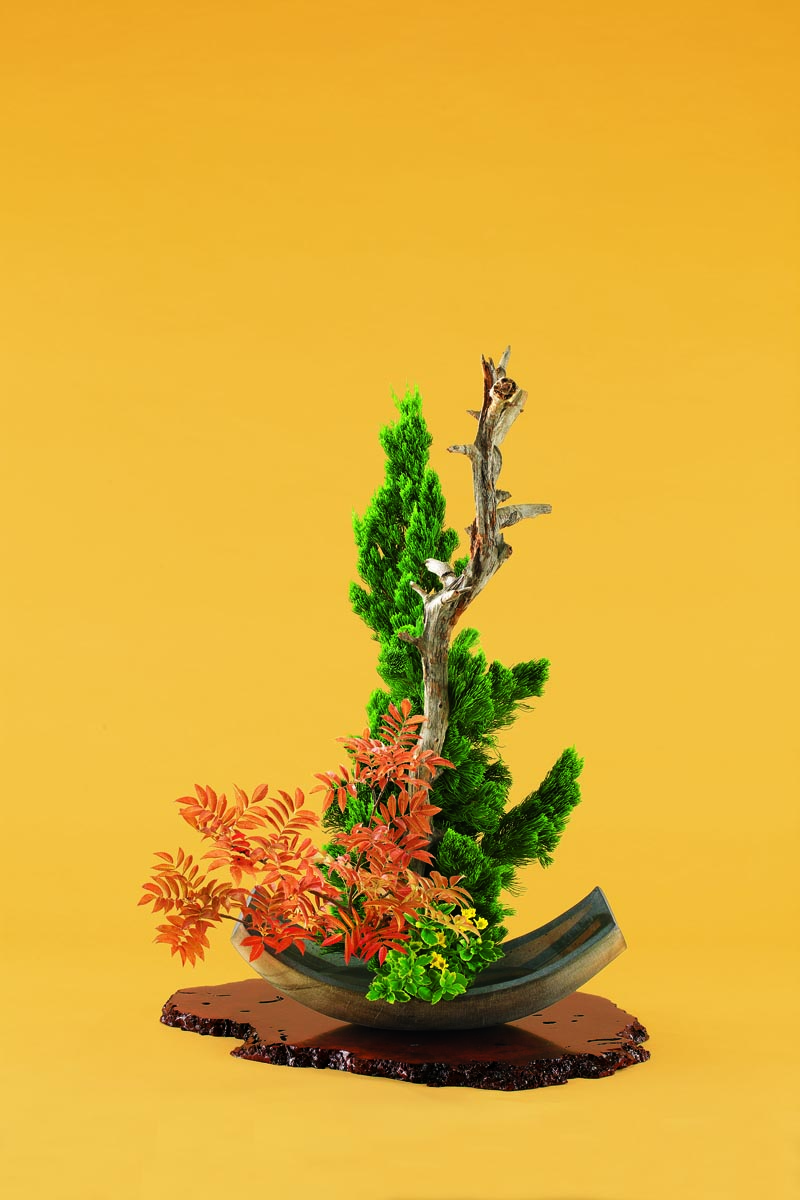