The Sogetsu School of Ikebana was started in 1927 by the founder Sofu Teshigahara who questioned the traditions of ikebana and preferred to respect the freedom of individual expressions. “Anytime, anywhere, by anyone,” — and with any materials — is the creed of the Sogetsu School. Today, under the 4th Iemoto Akane Teshigahara, the Sogetsu Ikebana is popular around the world as a school of Ikebana that draws out the freedom of expression in each individual, always new, always beautiful, and never constrained by preconceptions.

All flowers are beautiful, but not all ikebana is necessarily beautiful.
Flowers, when set in ikebana, cease to be just flowers.
Flowers become human in ikebana. 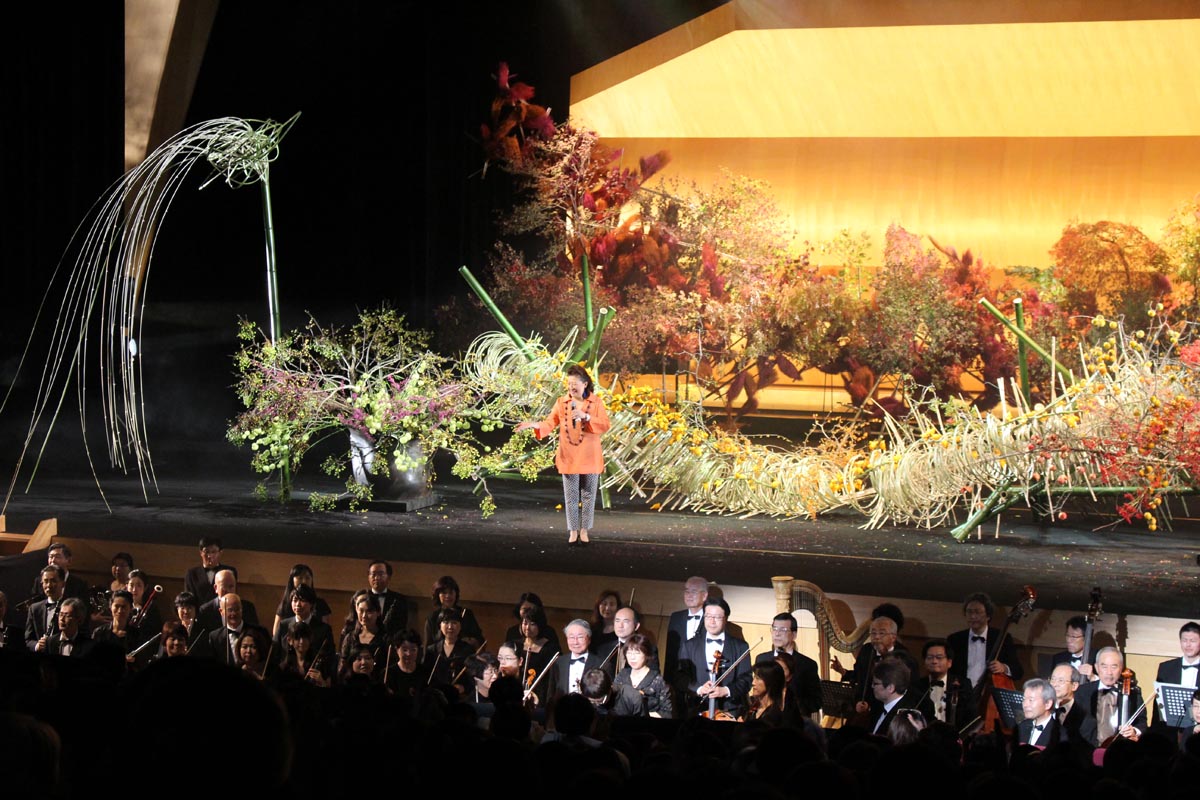 In 1927, Sofu Teshigahara founded the Sogetsu School. From the 1950s to 70s, Sofu energetically held exhibitions and demonstrations in Europe and America and Time magazine called Sofu the “Picasso of flowers.”
In 1979, Kasumi became the second Iemoto. Kasumi, who introduced ikebana around the world and greatly contributed to cultural exchange, she established her own unique touch with “Miniature Ikebana” and exquisite works using dried and colored materials abundantly.
In 1980, Hiroshi, well known as a film director, assumed the position as the third Iemoto. He presented large-scale bamboo installations one after another not only in Japan but also overseas in places such as Seoul, Paris and Milan, also conducted multi-talented activities.
In 2001, Akane became the fourth Iemoto. While presenting lively ikebana works in which the vitality of the plants is expressed to their maximum level, she has organized the “Akane Junior Class” aiming to foster children’s aesthetic feeling through ikebana, based on her experience as a preschool teacher. Akane has actively engaged in collaborations with artists in other fields, such as dancers, musicians and calligraphers, and pursued new ways of ikebana by holding “Iemoto Ikebana Live” in which the production process of ikebana is demonstrated through bold live performances. She shares how wonderful it is arranging flowers with every generation and beyond nationality, through ikebana demonstrations and workshops both in Japan and overseas. 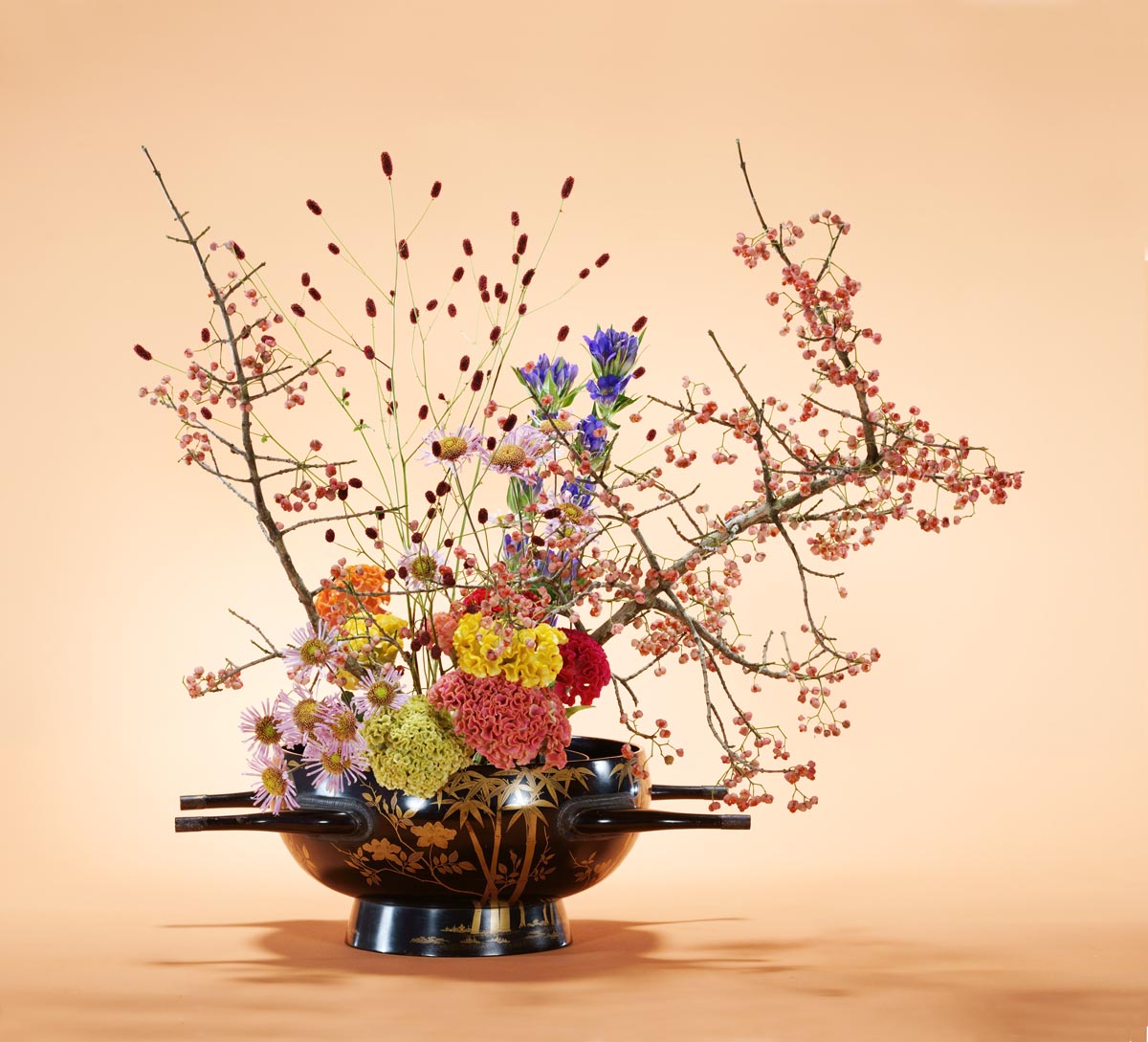 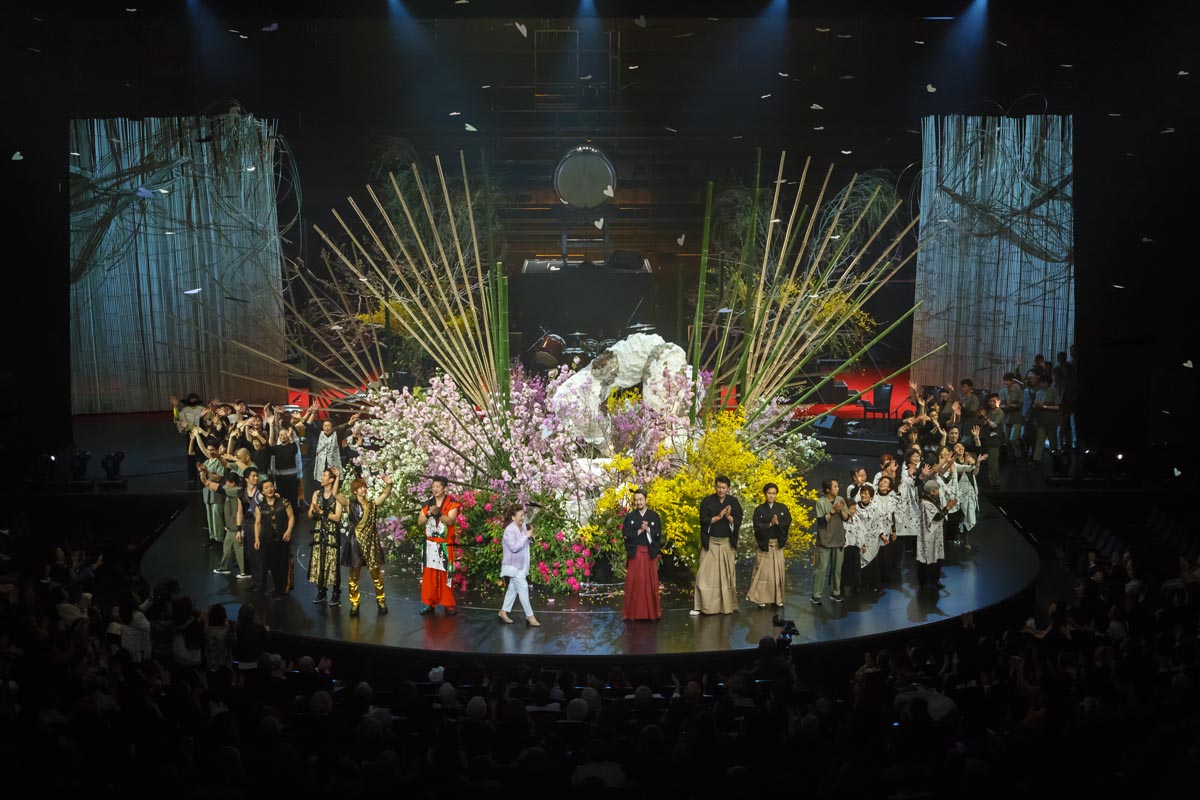