To celebrate our Annual General Meeting as well as our 65th Anniversary, we gathered in person at the Jay Heritage Center in Rye, New York on May 18, 2022. The Jay Heritage Center is a non-profit guardian of the Jay Estate, a 23-acre park and home to a peacemaker, anti-slavery advocate, and American Founding Father, John Jay. The grandson of John Jay, John Clarkson Jay, was a friend with Commodore Perry whose famous Black ships opened Japan from isolation in 1853.

Over 65 attendees, including our honorary guest, Mme. Ishikawa, started the afternoon with a curated history of the house and tour of the recently restored gardens. The garden tour was followed by the induction of officers for the 2022 – 2024 term, a prosecco toast to our 65th Anniversary, and an obento lunch served on the veranda on long tables donned with yellow and blue tablecloths reminding us of solidarity with Ukraine. An arrangement of seashells ran down the tables, reminiscent of John Clarkson Jay’s study of seashells (conchology) that started while he lived on this property in Rye. Door prizes and dessert were enjoyed by all. A rainbow cake made by the famous Carlo’s Bake Shop (from the television series Cake Boss) was reminiscent of hope, equality, promise and new beginnings.
At the luncheon, our chapter presented a monetary gift to the Japan Society of Fairfield County to support their efforts in planting an allée of cherry trees at the Jay Heritage Center in the fall of 2022. 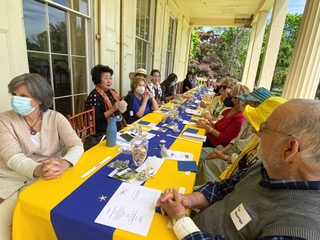 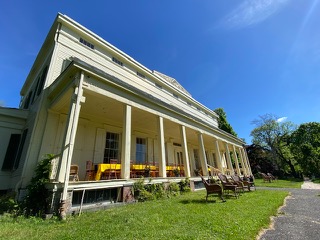 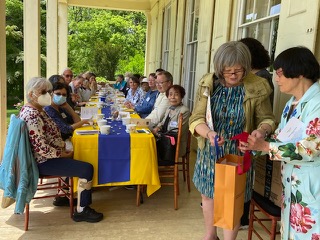 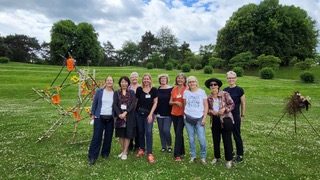 We held the first Open Air Exhibition in Bonn Rheinauepark on Ikebana Day, 6th of June 2022. In the middle of a huge park area next to the Japanese Garden Ikebana enthusiasts and passersby, like people strolling along, riding bicycles or on their way to meet friends... 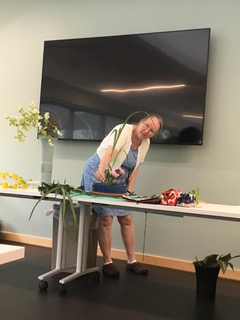 Our Chapter’s May meeting/workshop was the first event we returned to the Chicago Botanic Garden after two-year hiatus due to the Covid-19 pandemic. The workshop took place at the new Learning Center building in the gardens. The classrooms are brand new. Both instructor and attendees enjoyed the... 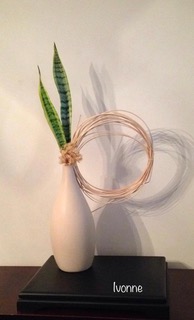 The first workshop, we had on January 12th directed by Mrs. Yu Mei Montalvo, was a class with non-conventional materials. 15 members participated online. All the members were very creative and have made very interesting works under the rules of Sogetsu School. The materials used were wire,... 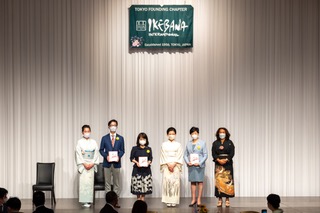 The Gala Luncheon was held on June 2, 2022 in the presence of H.I.H. Princess Hisako Takamado to present the donation from the fair. The presentation ceremony was attended by the Governor of Tokyo, Ms. Yuriko Koike, who is also the President of the Children's Diner, Musubie,...