Members enjoyed this interesting program as well as the sumptuous tea that followed.
An enjoyable afternoon spent amongst flowers. 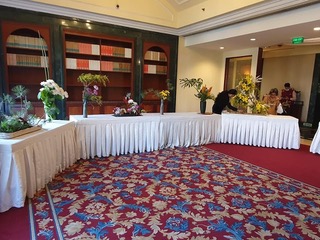 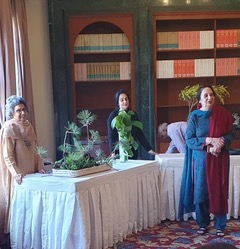 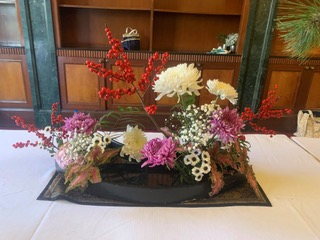 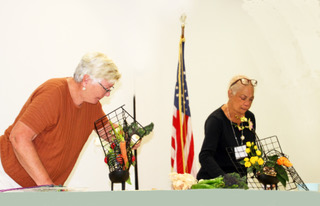 Our November General Meeting included two demonstrations, the first a co-presentation by Master Debbie Warriner and President Valli Reed featuring the Ichiyo School, and the second by David Kennedy, President of the San Diego Bromeliad Society. At first, Debbie and Valli each made their own arrangements: Debbie’s... 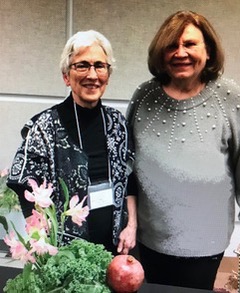 It was the first demonstration of Mrs. Leslie Dolin of our chapter. She showed several typical Sogetsu School arrangements with seasonal material (flowers and branches). She showed how we can make an artistic structure for flower arrangement with kitchen material (sticks, etc.). It was amazing to know... 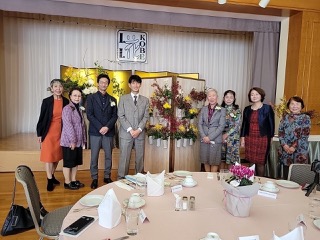 On November 11, the Kobe Chapter held its regular meeting and experienced the demonstration of Mr. Kenichiro Kuwahara, the Iemoto designate of Kuwahara Senkei-ryu with lunch. We had many guests including Mr. Senkei Kuwahara, 15th Iemoto of the Kuwahara Senkei-ryu, and Ms. Nobuko Sakata, President of I.I....